“Ask a Priest: If God loves us so much, why does hell exist?”

Q: How can a loving God send anyone to hell? I was always told that God loves us unconditionally, but if that’s true, then why does hell exist? Doesn’t that prove that God’s love is conditional? Couldn’t God, who created the magnificent universe, come up with a better alternative than hell? Why would God create a place that makes Jesus’ death on the cross ineffective for all who go to hell? Christianity teaches us to love our neighbor. How can I love my neighbor and forget the souls that are burning in hell? We can’t pray for them. Hell is eternal. If I end up in heaven, God willing, how can I enjoy heaven knowing that trillions of souls are burning for all eternity? Bottom line is, God’s love and the punishment of hell are in direct opposition. Some people have told me that hell is God’s justice. When I read Jesus’ words on hell, it doesn’t display justice to me. It displays hate. Hell is something that I despise. It is a creation of God that I believe should not exist for any of his children, no matter how bad they are. We must never forget that nothing happens that is not according to God’s will and that includes the people that are going to hell. I refuse to believe that my heart is kinder than my doctrine … kinder than my Lord and God. I hope I haven’t offended you with my questions. -C.

A: I appreciate this chance to try to answer some of your heartfelt questions. First off, though, I need to emphasize that in no way should Jesus’ words on hell ever be interpreted as displaying hatred. Jesus is “the way, the truth and the life” (John 14:6), and whatever he revealed, he did so for the sake of our salvation. And he did this for love for us.

The heart of your question, I think, is your sense that “God’s love and the punishment of hell are in direct opposition.” They are not. Rather, they are two sides of the same coin.

To understand this, we need to remember two realities: first, who God is, and second, what hell is.

Scripture tells us that “God is love” (1 John 4:8). God is pure love, infinite perfection. Words couldn’t begin to describe his greatness. So loving is he, that he created us in order to share his love with us. Now, if God is good, so loving, so perfect, what possible excuse could a creature have for disobeying him?

God didn’t create us as robots. He gave us free will so that we could love him freely. His perfect will is that we obey him — he wants the best for us. But his permissive will extends to us a freedom that we can misuse.

Our parents, Adam and Eve, disobeyed his will, damaging themselves and the human nature that would be passed down to their descendants (such as us). This damaged nature is one way of thinking of original sin, which we inherit. Among the effects of original sin, even after baptism, is that we have a tendency to sin, also known as concupiscence. “Concupiscence stems from the disobedience of the first sin. It unsettles man’s moral faculties and, without being in itself an offense, inclines man to commit sins” (Catechism, No. 2515).

Now, some sins are grave, or mortal. Mortal sin involves a radical rejection of God’s love (for more, see the Catechism section that begins with No. 1845). A person who dies in the state of mortal sin faces the consequences of that radical break with God. This is what hell is about.

Hell was not an invention of God. Rather, according to Pope John Paul II in a 1999 audience, “It is not a punishment imposed externally by God but a development of premises already set by people in this life.”

Hell, in other words, proceeds from the very nature of mortal sin. God doesn’t send people to hell; it is something they choose for themselves.

An analogy might help. Imagine you are on a ship that is searching for survivors from a sunken ocean liner. You see a passenger struggling in the waves behind you. You throw a lifeline to him, but he refuses to grab it. You beg him to take hold of the lifeline, but he ignores your plea. Eventually, he sinks below the waves and drowns. Does his drowning indicate that you were indifferent? When you begged him to grab the lifeline, were you displaying hate? Was his drowning your fault?

The answer to all these questions is: no. The person in the water, for whatever reason, refused your help. His drowning was the consequence.

It is similar to God’s love. He throws lifelines constantly to people who have fallen into serious sin. He had even sent his Son to teach them to take hold of the lifeline and to warn them what they risk if they don’t. To help people gain salvation, Jesus was even willing to die on a cross. Yet, he won’t force salvation on anyone. He respects their free will too much.

I want to reiterate: God never stops reaching out to us as long as we are here on earth. The Catechism makes this clear: “Although man can forget God or reject him, He never ceases to call every man to seek him, so as to find life and happiness” (No. 30). When explaining how someone might end up in hell, the Catechism makes this point again, from a different angle: “God predestines no one to go to hell; for this, a willful turning away from God (a mortal sin) is necessary, and persistence in it until the end” (No. 1037). God loves us too much to force any of us to go to heaven. He respects our freedom, and it is possible for us to use that freedom to reject his friendship forever.

To sum up: God doesn’t send anyone to hell. People choose it for themselves. Hell wasn’t part of God’s original creation. Rather, it is the result of the choices made by people (and angels) who reject God’s love.

If you make it to heaven, and I hope you do, your first question, there in the presence of God, might be, “How could anyone ever reject such perfect Love?” Fortunately, the mistake of others won’t faze your own happiness. For being in heaven by definition means being as happy as you can be. (By the way, keep praying for the deceased; you never know who still needs your help.)

You say that you refuse to believe that your heart is kinder than Our Lord’s. I agree. No one can top Our Lord in kindness and love. Let’s pray that everyone embraces that truth. God bless. 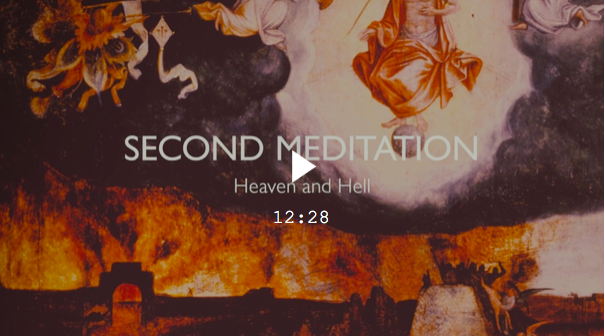